Cologne, 10.12.2021 - The winter semester 2021 of the CBS International Business School took place continuously with lectures at the campuses and brought back valuable facets of student life. Routinely, students and lecturers passed the 3G scan at the entrances every day during the past months and followed the one-way system to their halls, where learning and lively discussions took place together. In parallel, live streams and recordings of all courses ensured seamless study for those who could not attend on-site. In retrospect, the hybrid learning offer of the CBS is confirmed as gain on many levels.

Best of both worlds

"Studying is more than gaining knowledge and degrees. With on-campus learning, we were able to give our students what makes CBS special despite the advancing pandemic: a family atmosphere, international flair on campus, inspiring contacts with guests from our corporate network and close personal support," says Prof. Dr. Christoph Willers, Managing Director of CBS, happily. "The consistent expansion with digital elements simultaneously prevented us from having to switch from one crisis mode to the next. Our offer concept automatically creates flexibility for situational circumstances and individual needs."

CBS was also able to offer stability in uncertain times where clear ordinances from politics were lacking. Since universities were usually not explicitly included in infection control resolutions, there was leeway in implementation. This became a curse for students at some universities because departments and faculty planned differently. In addition, regulations varied from country to country. For long stretches, there was a lack of clarity about what would apply where and when in the coming weeks. In recent months, students in Germany have had to experience just how demoralizing and frustrating this can be.

"At CBS, rule concepts were defined uniformly for all locations and attendance and online lectures were planned centrally. This allowed us to communicate clear processes and schedules right from the start, with which our students could reliably plan and rely on a semester without any losses," explains Dino Zybura, Head of Study Organization.

The future concept with potential

At the end of the winter semester on-campus, CBS can be pleased about numerous positive feedbacks from its student ranks and at the same time receive another award for the quality of digital teaching.

"Over the past two years, we have developed a high degree of flexibility, which will ensure stable teaching for the coming semester. In addition, we have been able to build tremendous momentum in advancing our hybrid concept. We are currently evaluating the feedback from our students and teachers on the blended learning elements that we had newly integrated. This will enable us to take the next exciting step towards teaching innovation and tomorrow's education. This result was only possible thanks to the outstanding commitment of our lecturers, whom we would like to expressly thank once again," explains Prof. Dr. Nils Finger, Vice President for Innovation and Academic Affairs.

CBS International Business School (CBS) was founded in 1993 and is an internationally oriented private business school that specializes in business management degree programs according to international standards. At the beginning of 2022, CBS will take over the entire university area of Management and Technology of the European University of Applied Sciences (EU|FH). As a result, its previous main location in Brühl will also be under the management of the CBS with immediate effect. The background to the takeover is a re-focusing of forces within the Klett Group, to which both universities belong. In addition to Brühl, the former EU|FH locations Aachen, Neuss and Solingen will also be transferred to CBS, which will thus expand its position as a strong business school. In addition to future-oriented full-time and part-time Bachelor's and Master's degree programmes as well as MBA programmes, the CBS now also offers its students from 75 nations dual programmes in the Bachelor's and Master's degree with numerous specializations. The CBS is accredited by the German Council of Science and Humanities and since 2018 has been the only university in Germany to hold the international accreditation of the IACBE. 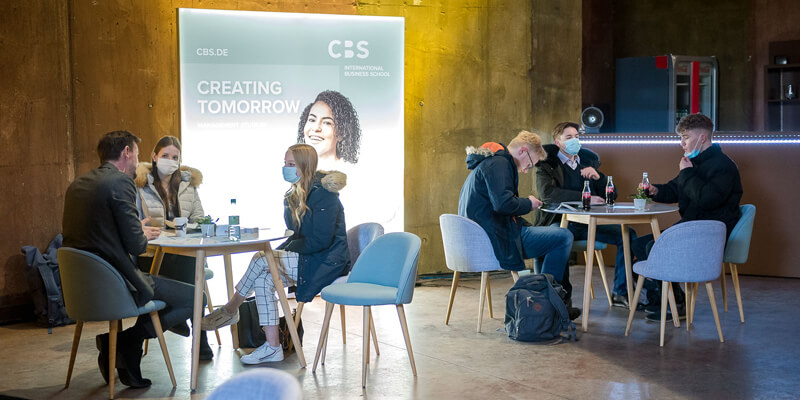